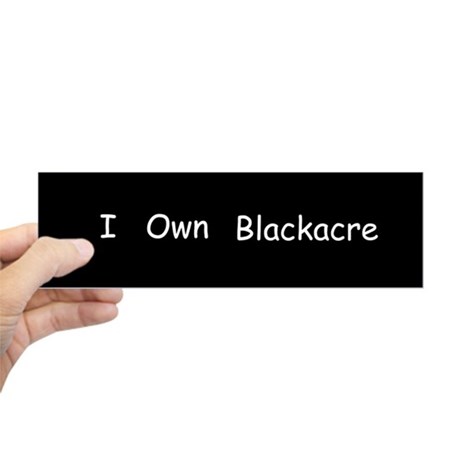 Joint Ownership. Joint tenancy and tenancy in common are methods of jointly owning property without making a physical division of it. Think of a piece of land. Harking back to my law school days, we’ll call this piece of land “Blackacre.” Blackacre can be anything from an English manor with hundreds of hectares of land for fox hunting to a weed-filled vacant lot. If two or more people jointly own Blackacre, regardless of whether their ownership is as joint tenants or tenants in common, each owns an undivided interest, meaning one can’t say, “this portion is mine and that portion is yours.”

That’s where the similarities between joint tenancy and tenancy in common end. The differences are numerous.

Interest. In joint tenancy, the interests of the owners have to be equal. For A and B to own Blackacre as joint tenants, each must have a 1/2 interest. A can’t have a 3/4 interest and B a 1/4 interest. However, in tenancy in common, differing interests are permitted.

Right of Survivorship. This is the biggest and most useful distinction between joint tenancy and tenancy in common. In joint tenancy, upon the death of one of the joint tenants, the remaining tenant or tenants, if there were more than two originally, automatically become equal owners of the deceased owner’s undivided share. If A and B are joint tenants of Blackacre and B dies, A ends up with B’s share, regardless of what B’s will says. This might come as a shock to B’s other heirs (and B himself, were he still alive). If B left a will saying that upon his death, his daughter, C, is to receive his share of Blackacre, C is out of luck because immediately upon B’s death, A became the sole owner of Blackacre. However, under a tenancy in common, B’s will would have been valid and C would have become a tenant in common with A. Because of this right of survivorship, joint tenancy (sometimes written as “jtwros,” standing for “joint tenant with right of survivorship”) is a popular means of avoiding probate. Since title to Blackacre passes automatically upon B’s death, there is no need for Blackacre to pass through probate to vest title in A.

Sale by A or B. Suppose that during their lives, A sells his interest in Blackacre to a third party, D. In joint tenancy, this severs the nature of the joint ownership between A and B. D becomes a tenant in common with B, and upon either B’s or D’s death, the survivor only has her 1/2 interest in Blackacre. The other 1/2 interest passes to whomever is designated by the decedent’s will. A joint tenancy is a fragile thing. It exists only so long as the original joint tenants do nothing to disturb the original joint tenancy.

Which is Better? That depends on what your goals are. As I said, the main distinction is the right of survivorship and this becomes important only when one of the joint owners dies. If your goal is to avoid probate, then joint tenancy is the way to go. But remember, if you want to pass on your share to anyone other than the other joint owners, by being in a joint tenancy you are betting that you will be the last to die.